Anne Farris Rosen collaborated with her father, John N. Herbers, a former New York Times reporter, to produce this compelling retrospective of national and historical significance. Born in the South during a time of entrenched racial segregation, Herbers witnessed a succession of landmark civil rights uprisings that rocked the country, the world, and his own conscience. His story is a timely and critical illumination on America’s current racial dilemmas and ongoing quest for justice. 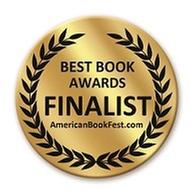 “If it had not been for reporters like John, I do not know what would have happened to us as we fought for civil rights. He was not afraid to get in the way, often risking his life to uncover the truth. He made a lasting contribution to the movement and to America.” – Congressmen John Lewis

“John Herbers has always been one of our heroes. As young reporters we looked to him as a model of ferocity and fairness, devotion and determination. There was never anything ‘fake’ about John. He was the real deal, the best of a breed, and now, thanks to this marvelous book, a new generation of journalists will get to know him and learn from him, just as we did.” – Cokie Roberts, bestselling author and      commentator for ABC News and NPR, and Steve Roberts, former New York Times reporter and professor at Georgetown University.

“Herbers’s account of his own moral awakening to racial injustice in the South is one of the most salient aspects of ‘Deep South Dispatch: Memoir of a Civil Rights Journalist.’ John Herbers was among the bravest and most talented, which is why his memoir is such an important record of these critical years in American history.” – Wall Street Journal

“Throughout the 1960s, as he chased down the biggest stories on the civil rights beat, Mr. Herbers sometimes found himself being chased, by angry white mobs and on occasion angry white police officers. All the while, he and his wife, the former Betty Wood, were trying as best they could to give their four daughters some semblance of a normal childhood.” -The Washington Times

“[Herbers’s] self-reflective analysis encapsulates why this memoir is so riveting, and so timely. As we once again find ourselves assessing the role of race in American society, the place of states’ rights and the limits of police force, this memoir reminds us of the critical, resonating facts of a not-so-distant past.”   -ArtsAtl.com

“Now, it’s a country mile from patisserie and threads of saffron, but my colleague Jonathan Martin on the politics desk got me reading “Deep South Dispatch,” a memoir by the civil rights reporter John N. Herbers, who died in 2017. Maybe you should, too.”   –New York Times Sam Sifton’s “What To Cook This Week”

“Subtitled ‘Memoir of a Civil Rights Journalist,’ ‘Dispatch’ is a fascinating behind-the-scenes account of the arc of his reporting, from covering the Emmett Till trial, to the Birmingham church bombing, to marching with Dr. Martin Luther King Jr., to the Kennedy assassination…’Dispatch’ is an informative, insightful, personal and telling memoir that pricks the conscience still.”  -The Jackson Clarion Ledger

“Readers interested in race relations as well as the importance of a free press will admire this volume.”   – Library Journal

“Herbers taps into cold, hard truths to link each chapter of his memoir, a spectacular yet relatable story of conflicting identities. While he dissects a handful of landmark events he’s covered, he also takes readers with him on the fleeting, frequent tangents of introspection that haunted his career.”  –The Emory Wheel

Click here to learn more about Deep South Dispatch, order a copy, or write a review.

John N. Herbers (1923-2017) worked for more than a decade at United Press
International and was a national reporter for The New York Times for twenty-five years
covering civil rights, national politics, the White House, Congress, urban affairs,
Watergate, and the administrations of six presidents. Author of four books, two on civil
rights and “No Thank You, Mr. President” and “The New Heartland,” he received
numerous awards, including the John Chancellor Award for Excellence in Journalism. 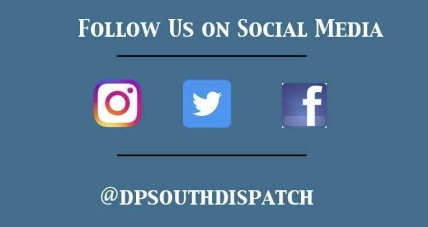